Firstly, looks a great bit of a software that I somehow found, so thanks for that

Im trying to import my massive photo and video library (circa 700,000) with countless duplicates from my 3.5" external drive (didn’t dare with the NAS alternative with probably slower speeds).

It was going well, but its either my 2013 i5 8gb RAM MacBook that can’t handle it, or the app itself, but after so long, perhaps several hours, the entire system freezes up.

I’ve rebooted a couple of times and the sync has continued fine which was amazing, but this last time I don’t think it went as well… its showing photos coming and going in the progress bar, but the number of ‘processed’ items is sticking at 15. Some kind of corruption?

I tried a sync pause, and a restart sync (though I wasn’t sure what the restart sync actually did) and no change. A reboot did nothing to help either. If its working- thats fine, but I don’t want to waste time as its a huge library and I know I’ll be at it for a good few more days at the speed its been going.

I noticed it there are 2 paths in the settings bit… one being ‘stale’ which worries me.

I did send logs, or should I say, clicked that button but it didn’t give me any dialog box to say anything happened.

Hope you can help

A directory is “stale” if it hasn’t been synced recently. Only one directory is synced at a given time, so if that gets stuck or runs for a while, other directories may fall into the “stale” state.

Very confused about the app versions

The current stable release is v1.1.0, which is what you’re running. Unfortunately, it has some known issues with syncing, especially as library sizes increase, or if there are any very large directories (typical with smartphone backups, which can have 10k+ files in a single dir). I believe that’s what you’re hitting up against here.

I rewrote PhotoStructure’s library directory iteration, database persistence, and job scheduling in the version 2.x branch, which is currently in alpha. You can see details about the latest builds in the release notes and in forum posts tagged with alpha, as well as in discord.

Thank you for the reply, I did think that must be the case re the versions, but thought if we’re beyond v 2.0 there could be a stable release of the previous.

So with the 2 directories, are we saying that the app has started again and I’m duplicating my efforts, and if so, is there a way back to fix this? just wondering how I should progress.

Unless you’d recommend going with the alpha builds and starting again?

There were a ton of moving parts I changed in v2.x. the v2.0-alpha seemed to be looking good, so I did a v2.0-beta build, but after seeing several people have library db corruption, I didn’t want to release a stable build without addressing that issue, hence the lack of a v2.0-stable release and why we’re on v2.1-alpha.

So with the 2 directories

Let’s make sure I understand your setup–what does your settings page look like (specifically the “where is your library” and “where can I look for photos and videos” sections)?

Sure, so this is how we’re looking.

I can also update to say there is now no processing happening at all, I’m faced just with the library of images and videos, with no progress bar/sync thing at the top. 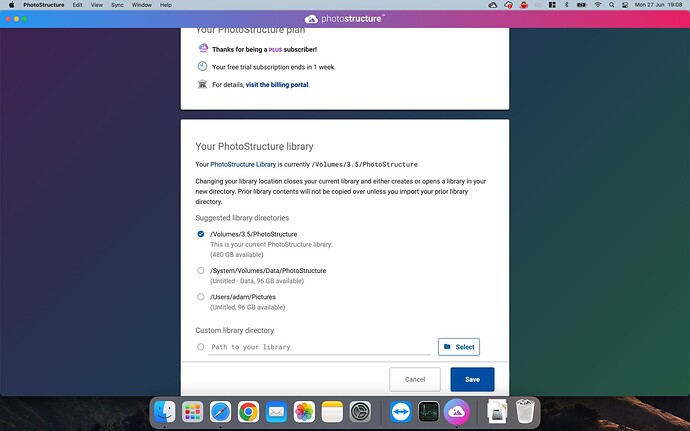 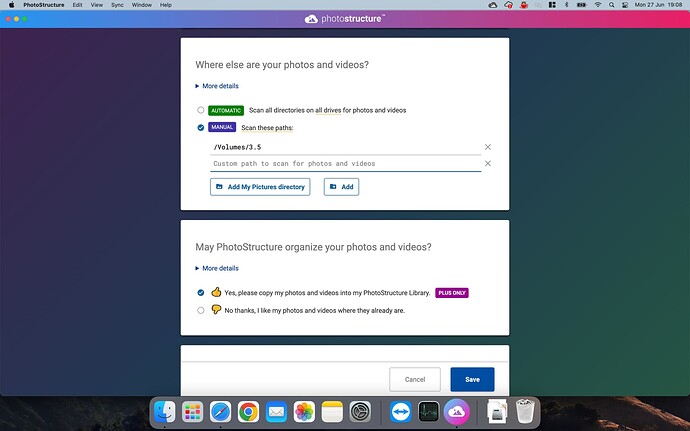 The very minimum I would like to get out of this software is to get rid of my many duplicates, and to have the remainder in the date folder structures that its been doing.

OK, that setup is totally reasonable.

Let me release the next alpha build and have you try that.

I want to fix glob support, and then I can release. I hope to have it ready this afternoon, but cross-platform tests can be a bear to get to pass.

Perfect, thank you so much, I’ll keep an eye out

Hey - in the meantime of waiting for this new version, it seems the library has started working again…

I’m trying to workout what this means per say, and couldn’t find the details on the docs/faq’s so far. 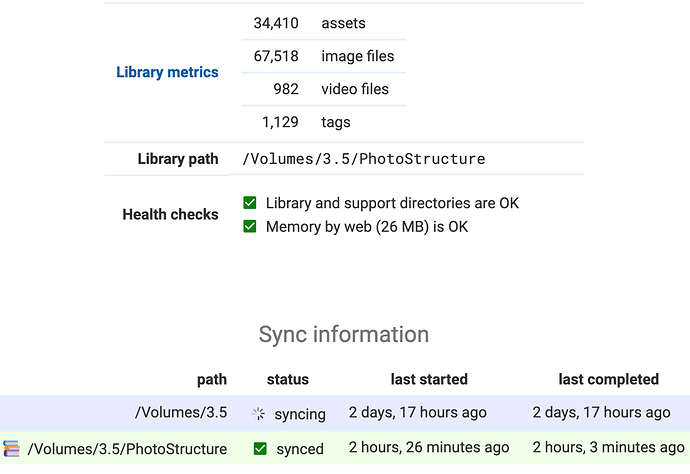 Thank you and sorry for being a pain.

@mrm Have you had any luck on the updated build / can help on my above comment please? 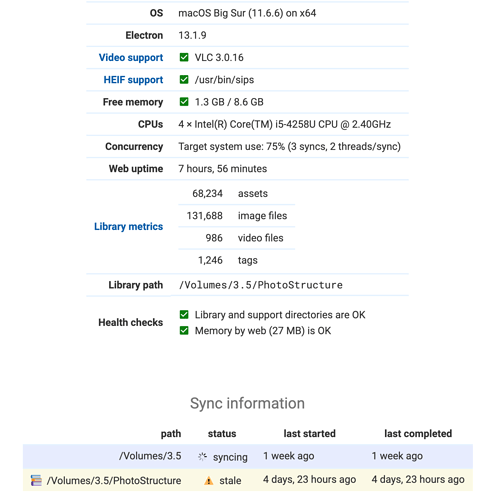