Has a family tree been suggested?

There are a lot of old timey photos in my library and I have details on some on who they are and who their children were, and on down. If this was something PS could eventually do I think it would be a really special feature that not even Google has and it adds a dimension to perusing through photos that I think would probably cause folks working from home to get less work done.

Eventually, since PS is so good with metadata, it would be cool to have the ability to put certain facts or information about a family member in so you could explore and share your own information about your parents and your kids could see what life was like. This all ties to having a family tree (trees) that can detail out and link to faces that the ML engine is finding.

I like this… of course it might be better to have some integration with other family tree dedicated software (I host a family site using Webtrees that uses a standard genealogy data format.

I do like the idea of standard formats, I think the question there might be if its best to do an ingest and align type integration and an export to one of many standard type formats.

Yep, lots of ways to solve it I expect… I do really like the idea of integrating pictures with the family tree world - like you, it sounds like, I have a ton of old, scanned pictures (and more to come, my wife is sorting family negatives as I type :-)).

The tree idea is interesting: a minimal integration could be supporting a “description” for each tag that supported hyperlinks, so you could link a user tag with the corresponding page in your geneology software, perhaps?

If you have keywords or person tags, know that PhotoStructure has robust name parsing, supporting lifespan references, maiden names, and more. Check out the tagName* settings…

I like the linking to an external site, perhaps if that link could carry with it a variable name of the user? For me a picture family tree is the first goal, and the second goal would be additional meta data like (what did they do for a living, where did they live, their obituary or a blurb on their life.

Example of a visual family tree: 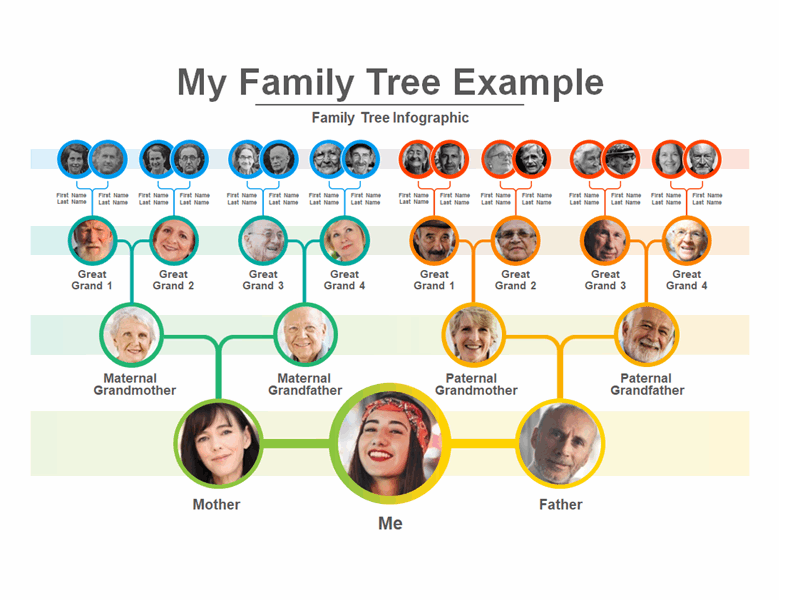 Except without the “ME” part…just whatever the youngest generation is. Also it just hit me that trees would want to stick to more cloud-type trees

Not that cartoony of course, whatever looks nice in the PS gui (its a solid gui). The idea though would be see the faces in their genealogy and clicking on a face goes to their smart filter. And hovering or maybe clicking on a little (i) icon gives you their lifespace and other simple meta data?