Hi, my name is Till…found and installed the PhotoStructure Docker for unRAID and started to import/scan my Photos folder, which contains over 82,000 files (133.5 GB).

The page only says “Starting synchronization…” and nothing else. I am prepared to wait for a long time, which is no problem, as the unRAID server is hosted at a friend’s web agency and is on 24/7, but is there some way of seeing what progress is being made? I see that a new hidden folder named “.photostructure” was created inside of my Photos folder, but nothing else is indicating to me that anything is happening.

Am I missing something, or is this initial sync/import a flying-blind affair?

Thanks for the excellent work on this great-looking software, and to the community, for supporting it and its users!

The page only says “Starting synchronization…” and nothing else.

Ugh, apologies for that. There should be a progress panel that shows up on the home page that says what’s going on, and this is fixed in the next build. I’ll try to get it released ASAP.

No, that would be terrible. Sorry that the progress panel isn’t rendering for you.

Can you open the developer tools on your browser and see if there are any console errors you see (to make sure I’ve fixed the issue you’re seeing, or if you’re seeing something else?)

Until I get the next release out, know that you can run PhotoStructure with logging enabled: if you set PS_LOG_LEVEL=info in your PhotoStructure template, you can pop open the UnRAID terminal for that docker container and watch what PhotoStructure is doing in real time:

Restart your container, and open a terminal into the PhotoStructure container: 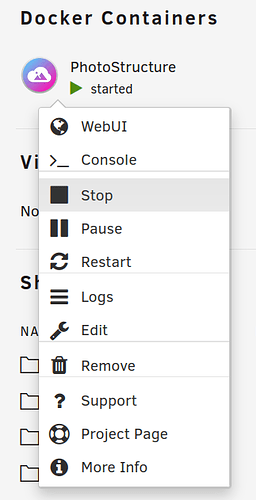 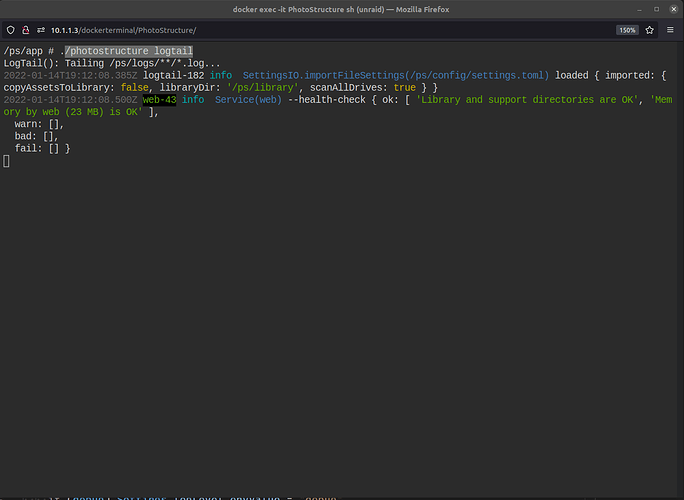 I had a similar question, I was able to resolve this by doing a clean install while setting the logging flag to ‘info’ as described in the screenshot. This enables ./photostructure logtail to show the log.

Oddly… this also made the progress panel show up, when it did not the first time.

I’m not having any more issues at this point, but thought I’d just leave a comment.

Aside, I’ve used this app all of 10 minutes, and I have to say this is the best photo management tool out there in the self hosted community I’ve tried so far! Thanks for all your work!

You can also open the “about” page (http://your_url/about) and you should see the library metrics numbers go up as the import is running. That’s how I monitored the import was still running and doing something. 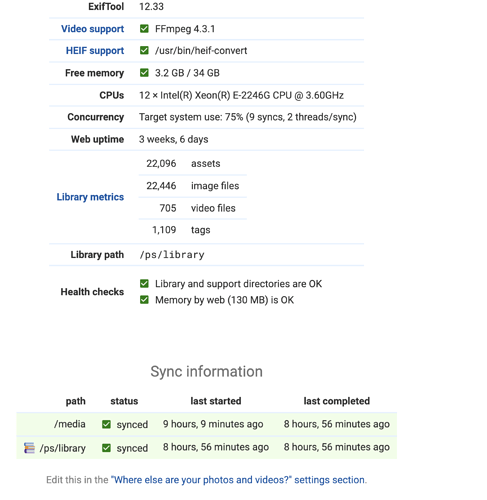 Sorry’bout the delayed reaction and thank you for your help!

I will try to follow your instructions later today…since it’s running as a Docker on my unRAID server, I’ll have to VPN in and try all these suggestions out when I have some brainshare to throw at this.

But right now I am seeing that my unRAID server appears to be offline, which means I’ll have to go to the co-location place where it is hosted to see what happened.

Will report back when I was able to sort this out :-/