Remember: beta builds should be considered experimental and may be unstable.

if you’re on the alpha build already, just select “check for updates” and PhotoStructure should upgrade to -beta.1 automatically.

Change to image photostructure/server:beta. Know that UID and GID are now configurable, but -beta.1 now defaults to running as root if the current system settings.toml exists and is owned by root.

Continuous integration is back!

This release has a bunch of behind-the-scenes improvements–the biggest for me, personally, is switching from GitLab CI to GitHub Actions for continuous integration.

PhotoStructure has a ton of unit, integration, and system tests: over 1,000 front-end tests, more than 4,500 “core” tests, and more than 1,000 “library” tests–including a “test import” and “test rebuild” run on a 1GB set of “exemplar” photos and videos.

These tests all run on all OSes automatically, but for most of the alpha builds, CI has been broken due to node/npm/yarn/gyp/gitlab-runner incompatibilities: 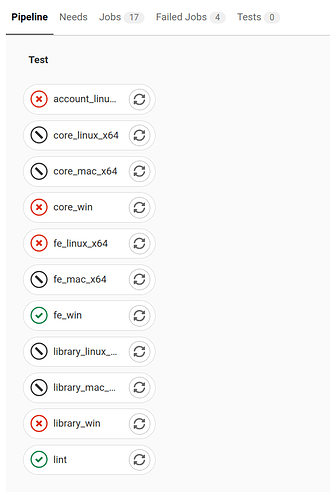 Each of those failed jobs were due to the gitlab-runner wedging in ways that I couldn’t reproduce locally.

I switched to GitHub Actions for CI, and after playing bug and test whack-a-mole for the past couple days, this morning I was finally was greeted with this: 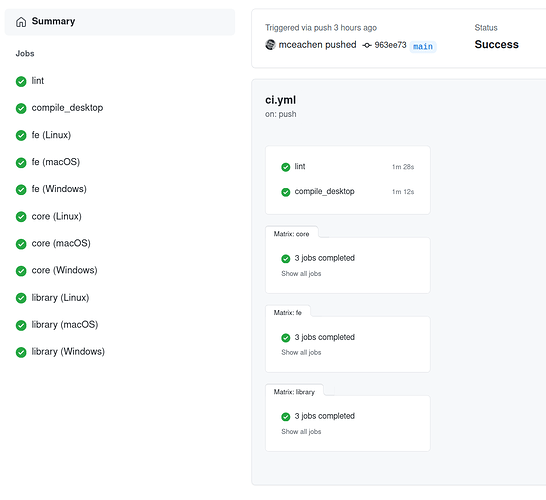 This is a release-candidate build for version 1.0.0. In other words, if there aren’t any showstoppers found in this build after a couple days, this will become version 1.0.0.

The good news is I downloaded the beta for macOS Big Sur.

The bad news…dragged to applications, opened, and was greeted by this:

Hit close, and then

Hit the close button again, got

a second time, and then the app closed.

Ooof, let’s get that fixed.

Edit: Thanks for the log: like the 35 second timeout is firing when trying to spin up the database. Is your library on a (really) slow disk?

I was running version 0.91 on Windows 10 PC. I could not find any option to check for upgrade.

I downloaded the Windows Installer and ran it. It went smoothly. I have started the trial and the program is rebuilding the library (it might take a few days)

BTW I still cannot not see what has changed to lose access from the LAN & WAN computers!

Another thing I noticed, and I’m not sure if this is intended behavior or the nature of going from Alpha to Beta, but now that PhotoStructure is opening, I noticed I was signed off and moved back to Lite.

I logged in, entered verification code, and I’m still on Lite status.

You’re using PhotoStructure lite.
Learn more about PhotoStructure plus.
If you’re a current subscriber, log in to activate your license on this computer.

Quit the program, reopened, and now I am back on Plus.

I could not find any option to check for upgrade.

BTW I still cannot not see what has changed to lose access from the LAN & WAN computers!

Have you followed these steps? (maybe that’s not what you’re asking, though?)

I logged in, entered verification code, and I’m still on Lite status.

Thanks for the report: I’ll try to reproduce this on my end.

Have you followed these steps? (maybe that’s not what you’re asking, though?)

Yes I have set PS_EXPOSE_NETWORK_WITHOUT_AUTH to 1. Everything had worked for a few weeks but something has not changed!! Maybe it’s something I have done.

Is this on Windows? A new Windows Update I just got on one of my test rigs just wiped out all my firewall settings: you might want to check that.

Also: if you don’t have a static IP for your server, your router’s DHCP server may have assigned your PhotoStructure box a new IP address.

Is this on Windows? A new Windows Update I just got on one of my test rigs just wiped out all my firewall settings: you might want to check that.

Yes. That was the problem.

How do you do this?

I’ll add a screenshot tomorrow morning pointing out where Stripe put their coupon entry field. (Stripe is PhotoStructure’s payment processor, and they host the billing form).

If you set up a subscription, I can apply the coupon for you retroactively. As long as the coupon is applied before the trial period elapses, the coupon will be respected.

(I actually helped a couple other people with this as well).

Oof, it worked on my box…

What OS is this, and what shell?

I didn’t even think to test awk on Windows… I’ll fix this first thing tomorrow morning.

Until then, just run

Yeah, I got the same I’m afraid.

EDIT: NVM I could just do ./photostructure from Git Bash

The other solution is to put “npx” in front of yarn. I just edited my prior post.